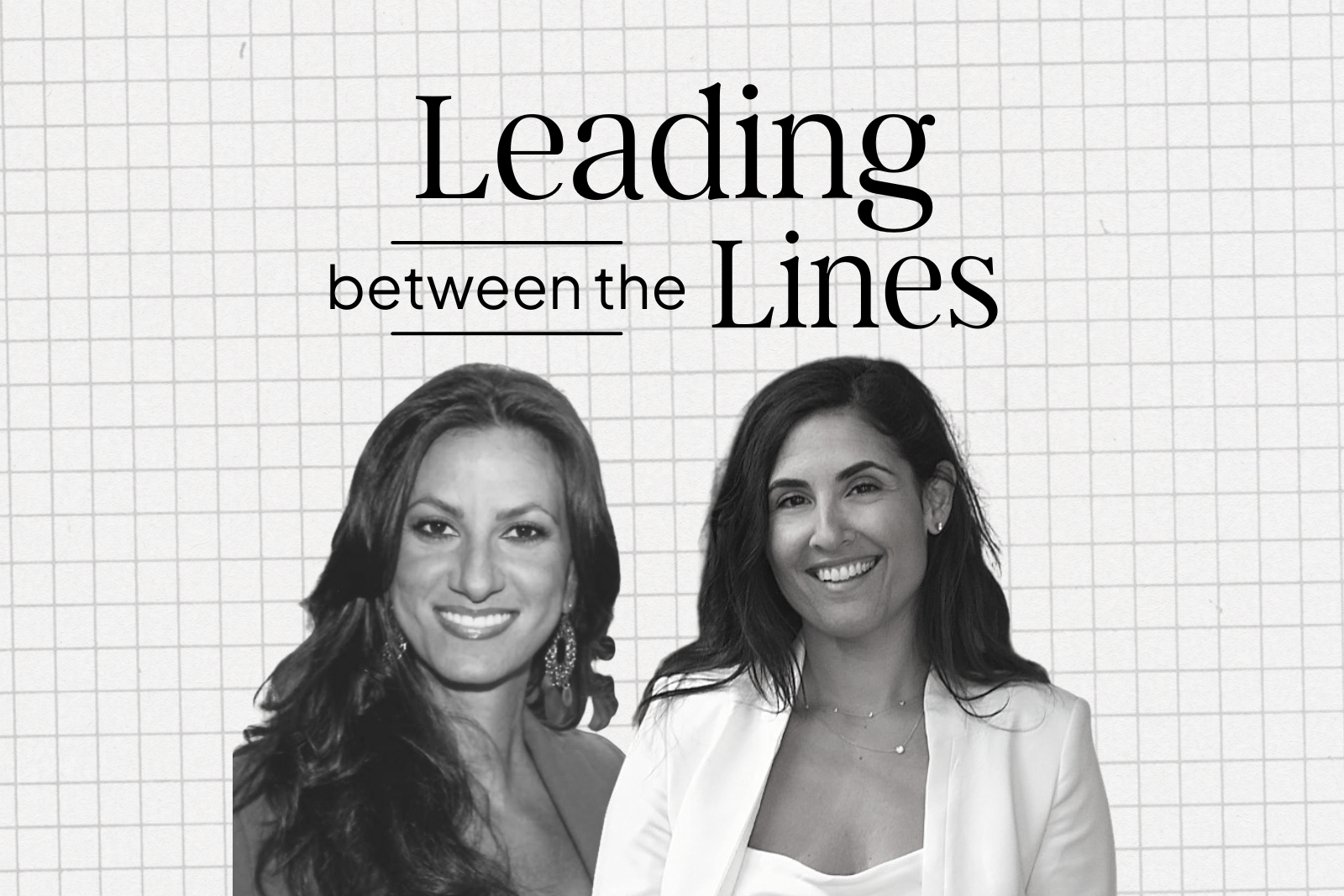 A Candid Conversation with Dahlia Attia-King, CEO of Panacea 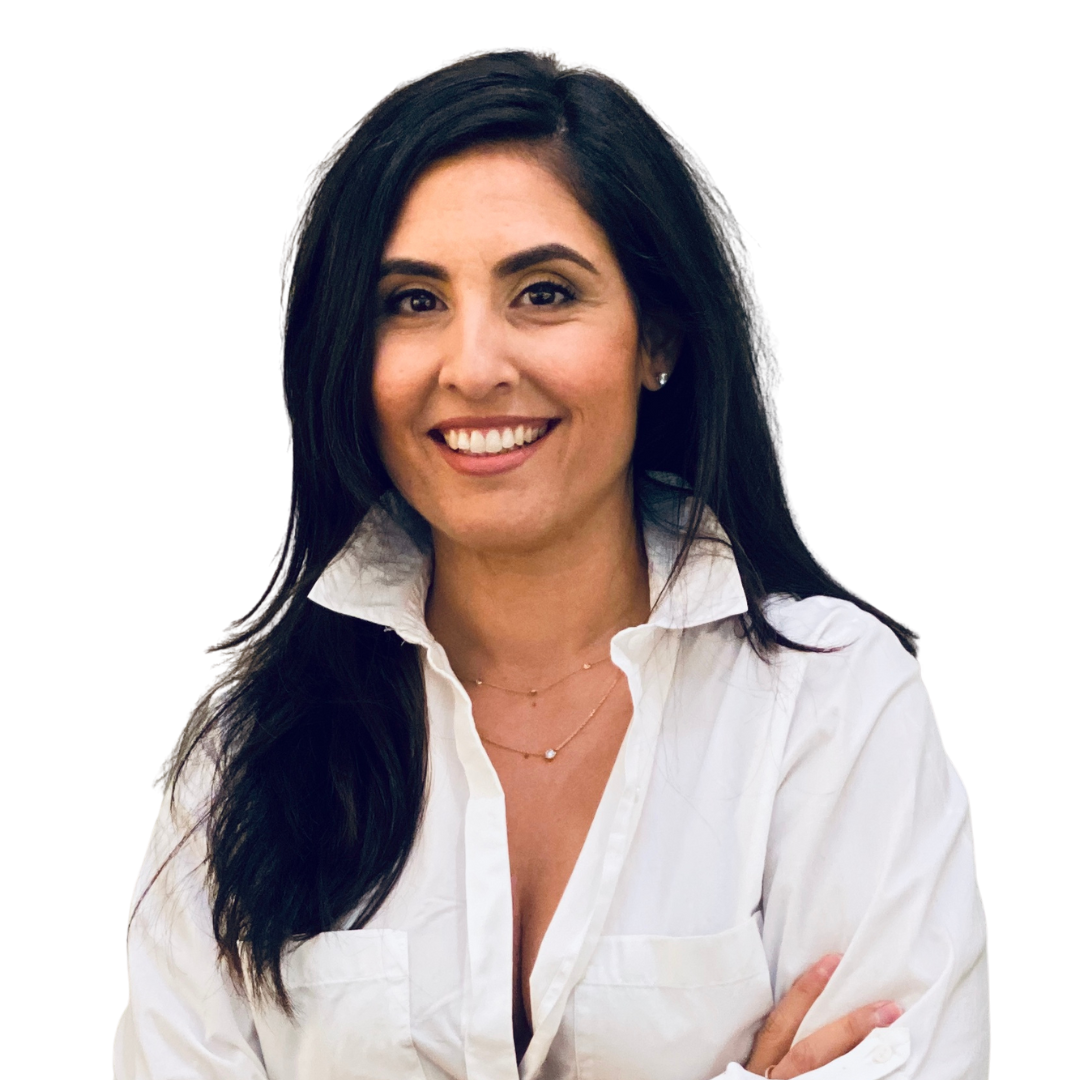 Disruptors. They are the few and the fierce. In our new series, Leading between the Lines, I have the opportunity, and the pleasure, of meeting with some of South Florida’s most dynamic female business leaders, ones who are disrupting their industry, approaching things in a new way, solving new problems, and effectively pushing the status quo into a new frontier. I want to know what it really takes, what they’re actually up against, and how it feels each step along the way. Meet Dahlia Attia-King, Chief Executive Officer of Panacea.

Dahlia’s experience working for genetic laboratories exposed her to the reality that many barriers stood in the way of patients receiving valuable clinical genetic tests. She embarked on a three-year journey to discover the reasons for the roadblocks and was inspired to create a solution. Dahlia founded Panacea in 2015 with a mission to increase access to clinical genetic testing. With an additional 6 years in Healthcare IT at one of the world’s leading institutions, Dahlia learned about the technology solutions integral in pushing healthcare into a much-needed era of modernization.

Panacea’s goal is to create software that changes how healthy individuals, patients, doctors, and laboratories interact with one another to minimize the barriers preventing the integration of clinical genetic testing in standard healthcare. Panacea is not a lab, but rather a dis-intermediator of genetic testing. Panacea directly connects people with affordable clinical labs and genetics experts without the insurance gatekeeper. Just like Netflix allows you to watch movies without having to go to the theater, Panacea delivers clinical genetic testing without having to go through insurance. Panacea is currently in early stages and stealth mode. Log In or Join for Free to read my one-on-one interview with Dahlia and to learn how Panacea will revolutionize healthcare.

Nicole: What motivated you to get into this industry? What led to the decision to form Panacea? What was going through your mind on that day?

Dahlia: I had just graduated with a Bachelor of Science in Biology and a double minor in Chemistry and Broadcast Journalism from the University of Miami and was in the process of applying to medical school- my passion was always science, medicine and helping people. I had some time to kill in the middle of submitting applications and I came across an obscure opportunity to sell testing for a group of genetic testing laboratories. I took the opportunity because genetics was central to my education. I was stunned to learn that an inordinate number of complex barriers stood in between clinical testing and the people that needed them most. I was curious to figure out why and set on a mission to read every piece of information related to genetics and healthcare that I could feasibly comprehend. I began speaking to every expert that would talk to me and asked them a barrage of questions- lab directors, health system executives, insurers, doctors, attorneys, entrepreneurs and even the federal government. I was partly intrigued, but mostly shocked at how such an advanced and massive health system could be so inefficient and problem ridden, especially since the future of healthcare hinged on genetics. I discovered that the problems were plentiful and furtively shrouded in the stakeholder misalignment that often plagues healthcare. The irony was that they were not impossible problems to solve, yet no one was actually solving them. After accumulating enough data and forming a loose hypothesis on a solution- I called one of the laboratory directors that I befriended and proposed the hypothetical solution to him “Would you be open to that? Would this work for your lab and get testing in the hands of patients more often?” His answer: “Absolutely, yes.” I hung up the call and I said to myself “OMG, this could actually work.” I knew at that moment that I had to pursue this blue ocean and do everything in my power to turn my chicken scratch on post-it notes into a company that could change and save lives. I also knew that I had to decide if I wanted to abandon medical school for this new endeavor, and that wasn't going to be an easy choice. Ultimately, I asked myself one question: If I was equally successful in both pursuits, which one would allow me to touch more lives? The answer became obvious, and the founder of Panacea I became.

Nicole: What has been your proudest achievement? Why?

Dahlia: My proudest achievement wasn’t actually founding Panacea. Rather, it’s what came before Panacea. I allowed my curiosity to lead me down an uncharted path where I dared to ask the questions that no one was asking and dared to look in the places where no one was looking. What I found essentially changed my perspective on everything I thought I knew- both about myself and the world around me. Then, I dared to believe that I could do something big with what I discovered. The audacity to dare is my proudest achievement.

Nicole: What have been some of your failures and challenges along the way? What have you learned from them?

Dahlia: I naively assumed that immediately after crafting Panacea’s solution, I’d be able to close my first prospect and launch Panacea within weeks. I was so wrong. I was oblivious to the difficulties and complexities of selling a novel service in the healthcare industry. I realized there was so much I didn't know, and Panacea needed an experienced, knowledgeable founding team. Partnering with two co-founders completely changed Panacea- it evolved in ways I could never have imagined on my own. Their value to Panacea has been and continues to be immeasurable. I learned that few things turnout the way you expect them to, and you have to be agile and prepared to adjust.

Nicole: What has surprised you most on this journey?

Dahlia: I was always worried that no one would ever take me seriously. I thought I'd be perceived as the young, bright-eyed, bushy-tailed girl, in a sea of experienced, hardened people, mostly men. I wasn’t a doctor, or a scientist or a seasoned executive. I had only just graduated college. I had extremely little professional experience and yet I was trying to sell an entirely new vision, an innovative, unheralded way of doing business in the largest, most rigid industry. Although I often felt judged and dismissed in the first few seconds of a meeting, I learned that I was able to turn people around as soon as I showed them that I really knew what I was talking about. I had spent years self-educating, researching, learning, and innovating. I was really prepared, and it showed, when someone gave me enough of a chance to speak. I was really shocked at how quickly I was able to command a seat at the most important tables in the industry. I was able to talk to and educate the most powerful executives at the largest health systems in the country and it still surprises me to this day.

Nicole: What influences and inspires you?

Dahlia: I hate rules, especially when they hinder progress. I don’t like boundaries and I don't like being told that I can’t do something. I suppose I have an innate rebellious streak, and nothing fuels my fire like an opportunity to push the boundaries and make a lot of noise, if it’s to change things for the better.

Nicole: What scares you? What are you currently challenged with and how have you addressed it?

Dahlia: A lot of things scare me! My biggest fear is not being able to take Panacea to the heights I believe it can climb to. That I will somehow hinder its potential by making a poor decision. I’ve learned though, that surrounding myself with people who know more than me is an absolute must. I am far less experienced than my co-founders, and that’s perfectly fine, because what I learn is so much more valuable than what I bring. I also know that bravery is not the absence of fear, it's feeling fear but not being deterred by it. You just have to keep moving forward.

Nicole: What is a common challenge for your customers or clients? How does Panacea solve this problem?

Dahlia: The benefits of clinical genetic testing are widely understood in medicine and the technology that supports clinical genetic testing is widely available. The problem is that clinical genetic testing is vastly underutilized because there are many gatekeepers that stand in the middle of people and testing. Doctors, insurers, and labs are all stakeholders that have different incentives, and that misalignment creates barriers that result in people not getting tested. What Panacea does is create a model that aligns the stakeholders’ incentives, removes roadblocks, and fuses the entire genetic testing process from beginning to end without the need for insurance. The current experience is completely disjointed and isn’t built for the consumer that wants to be in control of their health. Panacea shifts the current paradigm and puts tests in the hands of people who need them.

Nicole: What is the one thing you wish more clients and consumers knew?

Dahlia: I wish more people knew that they were in control. Not only can you as the consumer access these tests at affordable rates (a comprehensive cancer gene panel is less than $300) without the need for insurance, but you can also get ahead of your genes. By meeting with a healthcare provider, you can identify a manageable plan to lower your risk for developing diseases. There are lifestyle changes, more frequent screenings, medications, and even preventative surgeries that can be done to minimize your risk. It is also extremely important to share this information with your families, so they can get tested too. After all, you share many genes with your immediate relatives. After her mother’s death from breast cancer and learning that she too had a BRCA mutation that increases her likelihood of developing breast cancer to 80%, Angelina Jolie famously underwent a mastectomy. You are in the driver's seat of your health, and you don’t need to wait for your doctor or insurer to give you the green light to get tested.

Nicole: What does the future of the healthcare industry look like?

Dahlia: We will have arrived at the future of healthcare when clinical genetic testing is as ubiquitous and commonplace as a standard cholesterol or glucose test and when every single baby receives a whole genome test before they leave the hospital. The results of that test will help guide the entire direction of their long-term health, saving their lives, and drastically reducing the cost of their healthcare.

Nicole: What are your goals currently? What is next on the horizon for you and Panacea?

Nicole: What advice would you give other professionals who want to be successful in this industry or are embarking on a similar entrepreneurship journey? What would you say to the next generation of disruptors?

Dahlia: Don’t. Ever. Give. Up. Just keep moving forward. Be patient and be determined. Constantly educate yourself and don't be afraid to evolve and grow. The people who end up at the top aren’t always the smartest, most educated, or most qualified, they are the ones who have the stamina and drive to keep going, the ones who dare to try.

To connect with Dahlia or to learn more about Panacea, reach out to her directly, here.

I am on the hunt for the most talented, driven, dynamic game-changers in South Florida. To be featured in the Leading between the Lines series, or to nominate someone, please reach out to me directly here.

A Candid Conversation with Angela Rodriguez, Director of Staffing for Leeds Professional Resources