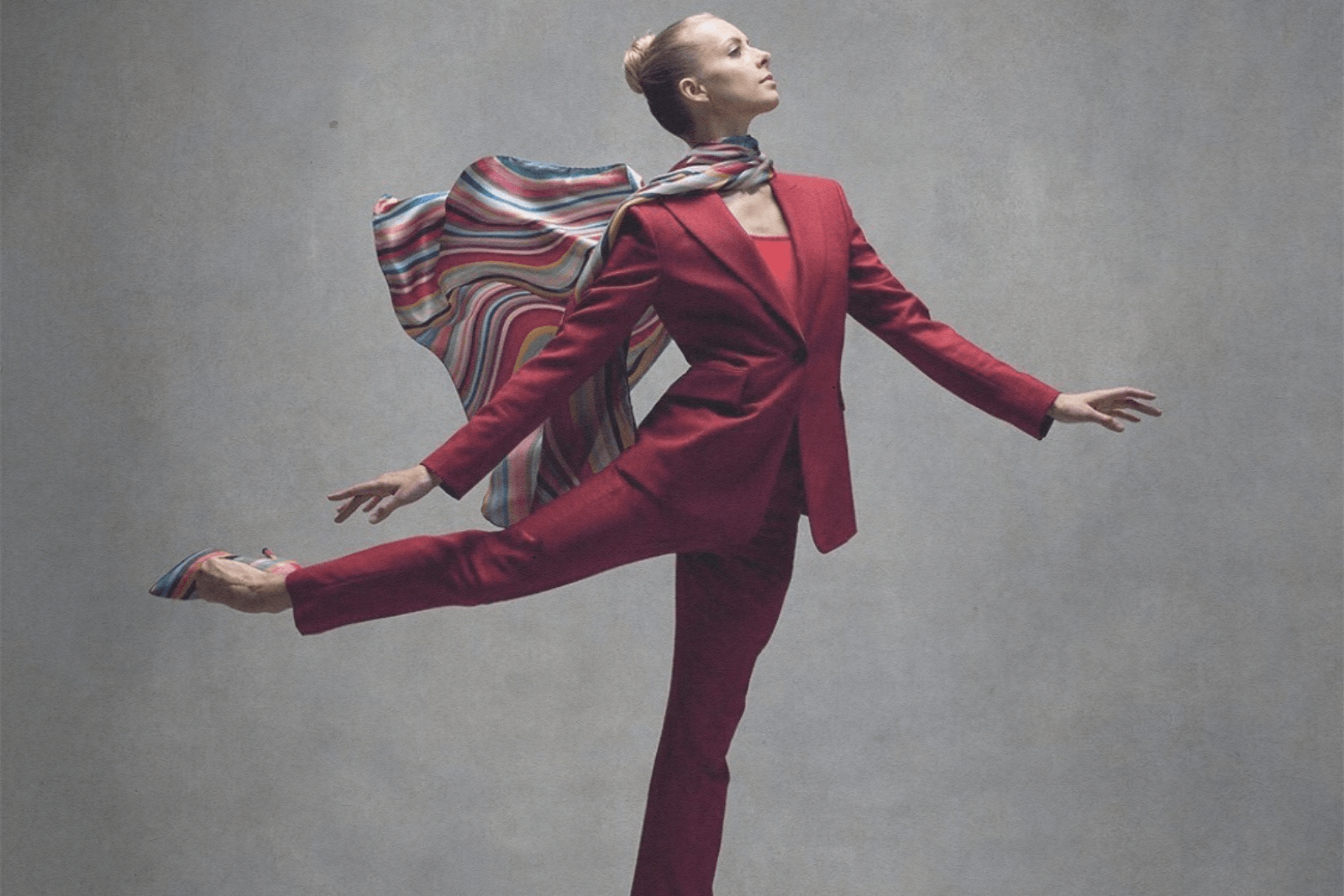 From Ballet to Business: Crossing Over from the Arts

The ballet world may seem an unlikely source for business talent. Rehearsing countless hours for a theater production doesn't directly translate to the requisites and culture of the business professional. Or does it? It may be surprising to hear that dancers have excelled in a myriad of subsequent careers as a result of the discipline, endurance, tolerance, and persistence they have developed from a young age. For some dancers, transitioning out of the profession can be daunting. Imagine, if you will, commencing your dance training at the age of four or five, and then suddenly finding yourself in young adulthood, having to retire from something that provided you with your livelihood, artistic outlet, and the natural high that only performing in front of thousands of spectators can offer. After years of ballet training and a professional career, I chose to retire from dancing at an early age, just as most traditional students are emerging from university and onto their first career paths. I had already traveled the globe and performed on the world’s greatest stages. I had moved seven times in five years. Dancing, in many ways, forces you to mature at a young age. But it also shelters you somewhat from the outside world, given the required commitment to the craft. As with any discipline, there are both positives and negatives. A professional athlete's career is typically short lived, and there is a common misconception that their talents aren't well suited for the business world. Make no mistake, as the curtain descends on their final performance, dancers will carry with them an arsenal of assets, among them fortitude, resilience, and creativity as they pursue their next professional path.

Within a sea of business professionals, how do you set yourself apart? How will a potential client choose your product or service over those of your competitors? Unfortunately, the very attributes that catapult us to the top of the pack are rarely discussed in business courses. A confident carriage, poise, and style are arguably more important over the course of our professional careers than memorizing business manuals and compliance regulations. More broadly, if professional football players can improve their game by practicing ballet --as some have been known to do-- so too can business professionals hone their craft by injecting basic tenets of dance, in what I refer to as: Business Variations.

A ballet variation is a solo dance, performed within a full-length ballet by both the ballerina (female) and danseur (male) in succession, typically following the grand pas de deux. Life is composed of a series of daily variations. Our interactions with others create a fluid sort of ballet. Throughout our commute, business meetings, client interactions, and post work obligations, we are performing. How we present ourselves throughout these situations distinguishes us from our peers and aligns our trajectory for success.

Dancers have thick skins. From a very young age, they have dealt with a circadian level of criticism in order to improve. A dancer practices the same steps in class at the age of 25 as they did when they were nine. And every day, there’s room for growth. From the minutiae of a finger’s proper placement in the air, to hours of rehearsal to master a three-minute variation, a dancer is always competing with themselves for perfection. I was pulled, prodded, and yelled at in different languages throughout my training. What to some might have been bordering on abuse, was to me a standard day in the studio. I would never have been able to achieve my success otherwise. You can’t be afraid of criticism, as there is no better way to improve than to make an error, receive correction, and move on. You will never achieve great success if you fear mistakes. All successful entrepreneurs have an extensive list of failures trailing behind their names.

Dancers are notoriously flexible. Literally. They spend countless years of their lives stretching their limbs into unnatural positions for which the human body wasn’t designed. I wouldn’t suggest that every CEO should be able to do a 180° side split, but if you really want to close a deal, it’s an impressive form of dinner party entertainment! If you aren’t endowed with a tremendous amount of physical flexibility, you can certainly strengthen your ability to be thrown into unknown situations gracefully, as well as develop your improvisational skills. All great performers are wonderfully talented at improv, remaining cool under pressure and turning what could have been a disastrous moment into an enjoyable experience. It’s understandable that some of us are born with the ability to react quickly on our feet while some naturally struggle, but just as making the daily commitment of stretching leads to greater flexibility, so does pushing yourself into slightly uncomfortable situations to improve your confidence. Volunteering to work on a project in which you may not have a tremendous amount of experience, or offering to lead a group presentation, will gradually allow you to venture out of your comfort zone and develop a newfound persona.

Similarly to improvisation, the ability to quickly recall a series of dance steps to memory is a part of every dancer’s training. Ballet class begins at the barre, where each dancer memorizes minutes of step combinations rapidly from the teacher, then executes those combinations accompanied by music. A dancer’s daily class consists of approximately 45 minutes of barre, followed by 45 minutes of center combinations. After one-and-a-half hours of non-stop rapid memorization, a professional dancer may spend another 6 hours rehearsing new choreography. Often times you are called upon to understudy a part, yet were never provided much of an opportunity to rehearse that role before being thrown onstage at a moment’s notice. I recall one particular Met (NY Metropolitan Opera) season, wherein a number of corps de ballet dancers were already injured, as is customary by the sixth straight week of non-stop performances. We were performing Symphonie Concertante that evening, and with only a couple of hours before curtain I was called upon to replace an injured dancer. I had minimal rehearsal preparation as an understudy and had never performed the new act. My colleagues quickly rehearsed with me backstage, and when the curtain rose my stress hormones swung into overdrive. Fortunately, so did my adrenaline. Years of adept, accelerated processing kicked in as needed. The double-act marathon was exhilarating, and I’m hopeful the audience was none the wiser. As business professionals, we are bombarded daily with new information. Some of it requires our immediate attention; some can be swiftly discarded. Properly managing the flow reveals preparation and talent.

Dancers are gluttons for punishment. If an executed step doesn’t slightly strain or pull, we probably aren’t working hard enough. Ballet constantly tests your physical limits, never ceasing to ask more of you. Yet that is what propels the dancer forward: the craving for improvement. Dancers consistently injure themselves and often do so during a performance. If the adrenaline doesn’t wear off before the curtain closes, you can chalk up a victory. “Playing hurt” has its metaphorical equivalent in the workplace. When we are faced with less than ideal situations in the office, how will we handle ourselves? We can choose to bow out, or see matters through to the end with willful determination and grace.

The show must go on, just as the American postal worker’s informal oath states. There’s something magical whenever a curtain rises. No matter the stage or troupe, a tremendous amount of effort and mishap went into making that very moment possible. In a world that seems to have an excuse for nearly everything, there are no acceptable reasons to prevent a scheduled performance. I recall a show I was to dance in on the evening of September 11, 2001. I had just arrived the day before to Kansas City with American Ballet Theatre. My world was turned upside down in a mere few hours. Friends and loved ones were back in New York City, and I wanted to be home to support them. However, this was the first day of a month’s long domestic tour, and the show was to go on. We all performed beautifully through our heartache, smiling in the lights, near the precipice of tears. The Kansas City audience’s standing ovation before and after our performance was well received. We had been invited to entertain, and therefore, we did. “Going through the motions” strengthened the dancers, stage crew, administration, and the audience. We may be faced with personal struggles, negative moods, or office politics, but showing up is half the battle. Moving through routine and working to the best of your ability provides a sense of accomplishment. Serving your clients allows you to forget your own problems, if even for a while.

I was rewarded for years of dedication to a craft, with an opportunity to perform throughout the globe with one of the world’s premier dance companies. I am grateful to my parents who sacrificed a great deal of their time and finances to support my ballet training. I would never have been able to achieve my success without their commitment. My current professional role never feels like work, just as rehearsing, touring, and performing always felt like a natural extension of my true self. I have caring mentors and a consistent amount of positive challenge that propels my growth. I love what I do because each day is a new variation, and the excitement of the unknown drives my ambition.

Presentation, preparation, flexibility, adaptability, perseverance, fortitude, gratitude. These attributes not only characterize the most successful athletes, they also embody the core strengths of a successful business professional. At least in the business world, you don’t have to perform in pointe shoes.

What’s Your Score? A Deep Dive into the Kolbe Index Assessment and Why It Matters

Network vs Connections & the Power in the People

The Do’s and Don’ts of Starting Over: How to Make New Friends & Build a New Network