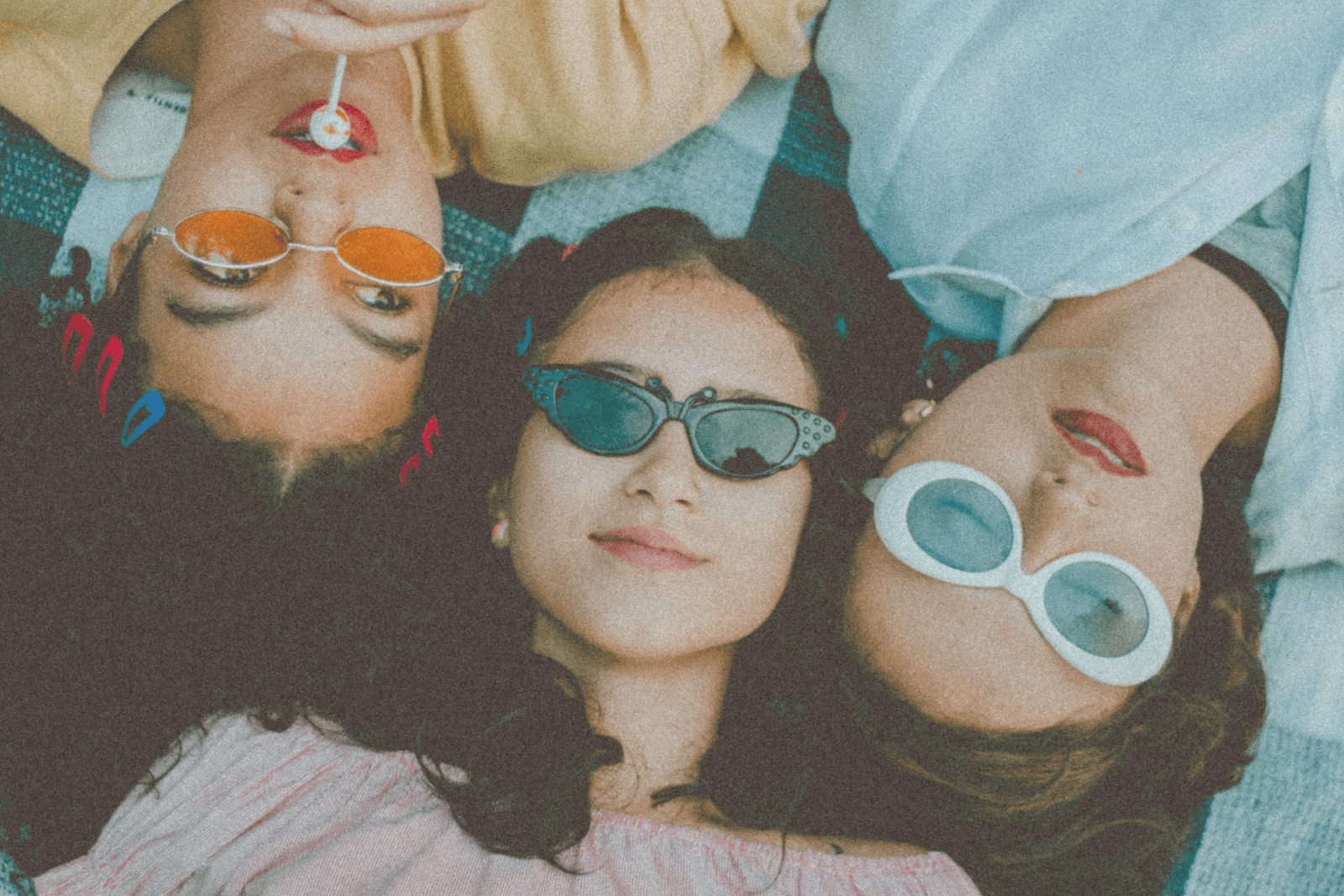 The Do’s and Don’ts of Starting Over: How to Make New Friends & Build a New Network 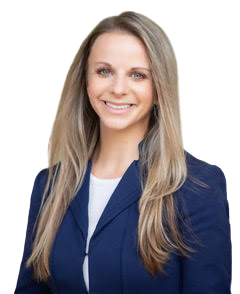 New slates. They come at the start of a school year, during career transitions, or after major life events. And they can be difficult to navigate.

I recently relocated to Connecticut after living and working professionally in South Florida for the last five years. An exciting point in my life, yes. However, moving to an entirely different location can also be scary and overwhelming, especially if, like me, you don’t know anyone in your new city.

People ask me all the time, "how are you transitioning to living in Connecticut?" and it’s a fair and appreciated concern. I've reflected a great deal on the many times I've moved in my life. When I was a child, my family moved from Ohio to Virginia. When I was 17, I moved to North Florida for one year then to London, England, for my undergrad. After school, I moved back to Virginia, then to D.C. for work. Next, I moved to South Carolina for grad school, back to Virginia for a job, and then to South Florida for a job. Now, I am living in Connecticut.

Interestingly, I realized my move to Connecticut has been the most straightforward transition I've had in my life thus far. Not to say there haven’t been hiccups, things going wrong, items lost, or any one of the many issues that can arise when moving. Trust me - there have been plenty of those bumps. But over the years, I’ve become well versed in starting over someplace new. I’ve learned how to build a new network and thanks to that skill set, I've been experiencing an enjoyable and exciting transition. In fact, after moving across the country, I am confident I will build a solid professional and personal network here in Connecticut, over time.

“Over time” are the keywords to take away.

There is no fixed time frame for building a network. It simply happens "over time”, through continuous effort and openness. If it is forced to happen on an arbitrary schedule, it can quickly become exhausting and as a result, ineffective.

This is good news though- this means the pressure is off. You can rest assured knowing you can meet vital friends and advocates at any point in time, while doing anything, in any given place. Remaining open to this universal truth is the key to success in networking.

The job that relocated me to Florida was an incredible experience. I worked long and hard hours, but because I stayed in a silo my first year, I barely met anyone new living in South Florida. Then our team started to expand, and I met Shannon. She and I clicked right away, and we’ve seen each other through babies, marriage, surgeries, and more.

As another example, I joined an awesome Zumba studio in Boca Raton to spice up my fitness routine, and I ended up meeting several inspirational women. One, in fact, became a client of mine that I continue to work with on philanthropic projects.

Almost two years ago, right before the pandemic, I sat next to Sue at a fundraising breakfast for a local nonprofit. Little did I know, she was incredibly well-connected. We talked the entire 3-hour breakfast and she has since introduced me to over two dozen individuals, some of whom have become close friends.

Two months before I found out I was moving to Connecticut, I joined The Daily Drip Contributor team. I originally joined because it was a unique opportunity to build my professional brand and share my expertise through writing. But it has quickly evolved into so much more- it is a community I’m so happy to be a part of. I cannot tell you how much my relationships have grown with the women behind this media group, as well as with the readers and members. I look forward to interacting with them at each meeting and event.

Now, less than a month into living in Connecticut, I met Vicki via LinkedIn, and she has turned out to be a wealth of information for me as I learn my way around this new area.

The networking never stops, it never looks the same, and it’s never confined to one geographic place. When you move to a new location, yes, you need to build a new network in that area; however, remember to carry your former connections with you. They can be your biggest resource when starting over someplace new. Regardless of where they live, your existing connections can be your most valuable asset- if you know how to harness it.

So how do you leverage your existing network effectively? How do you create opportunities to make new connections? And how do you avoid common networking pitfalls and time wasters?

Here is my tried and true guide to starting over successfully.

1. Make use of your LinkedIn profile and connections.

Over the years, I have carefully curated my LinkedIn profile. It is now a detailed overview of what I do, what I have accomplished, and where I want to go in life- this is critical for attracting the “right” new connections. I am also intentional about sharing and engaging with content across my connections. Visibility is key and this ensures I’m “showing up” regularly. Likewise, I set aside time each week to read profiles and connect with new people via direct messaging. When I ask to speak with an individual, I either say what interested me about their profile or ask them for information about their current work. It is important to be genuinely curious about people. Explain why you are interested in connecting and be responsive to messages. Vicki engaged with me because I reached out to her on LinkedIn, introduced myself, shared that we both have an interest in philanthropy, and let her know that I am new to the area and looking to meet others.

2. Ask your current network for help.

These days, most people have lived somewhere else other than their hometown, so chances are someone in your network will have a connection to the area you are moving. When I learned I was moving to Connecticut, I shared the news with friends and colleagues. It turned out, two of my friends work for law firms with offices in the tri-state area. Likewise, another friend introduced me to her friend who works for an environmental organization in my new local area.

Yes, sadly, COVID has made these types of successful interactions more challenging. However, whether it is at a café, bar or park, there is a lot to be said for “putting yourself out there.” Just being open to the opportunity to strike up an interesting conversation with someone you meet while grabbing a bite to eat, for example, can create a world of possibilities. Just the other night, I was out to dinner, sitting at the bar of a local restaurant. A safe, 6-feet to the left of me, I met a woman who was a successful interior designer from my former hometown of Palm Beach. And (a safe 6-feet) to the right of me, I met a woman whose sister is the President, CEO, and Co-founder of a large philanthropic organization in NYC. I could have gone to dinner only to eat, but instead, I used this as an opportunity to be open to conversation with strangers and as a result, I made two new, high-quality connections. True, being open to meeting new people does not mean you automatically will. Nonetheless, having an open mindset is the most vital part of networking.

4. Check-in with current connections for fun.

"Current network” shows up twice on my list of “Dos” because it is crucial to maintain (and strengthen) the relationships you already have with the people in your existing network- especially after a relocation. Not only does it keep you top of mind, but it also serves as a great reminder that at one point, you did not know some of your closest connections and allies. Remembering to sync up with your current network can reenergize you and remind you how many wonderful people you already have in your corner.

LinkedIn can be a pro and con when it comes to networking. There is a fine line between reaching out to a stranger and asking for an informational conversation versus asking for something like a job or offering someone a product or service right away. No one wants to be bombarded. Reaching out with an immediate heavy ask will likely fall on deaf ears and receive no response.

The challenge with networking events is that everyone has the same objective: “Meet as many interesting people as possible.” The problem with everyone sharing this mindset is it rarely leads to meaningful conversations. Everyone is hunting for the next great connection and often forcing conversations or not showing their true selves. This is rarely a space where you will meet those individuals who turn into long-term, meaningful relationships.

Of course, before COVID, there were fewer restrictions on event size. Nonetheless, attending events with more than 50 people and expecting to build real connections is not a successful strategy. My advice is to stay away from big crowds. They add unnecessary pressure by making you think you need to speak to as many people as possible instead of focusing on the goal – quality over quantity.

4. Assume networking is only a work activity.

A strong network is one in which you have connections to individuals with diverse experiences, skill sets, and backgrounds. This is an asset in any industry and at any professional level. You build this variety in your network by meeting people in a variety of ways. So don’t limit yourself and embrace an open mind! Try something new today or approach something old in a new way. Who knows- you could meet your next great connection!

Finding Your Fashion Voice & The Case for Self-Awareness in Style

How to Leverage Volunteering to Improve Your Brand & Strengthen Your Team

How to Retain Your Best Employees